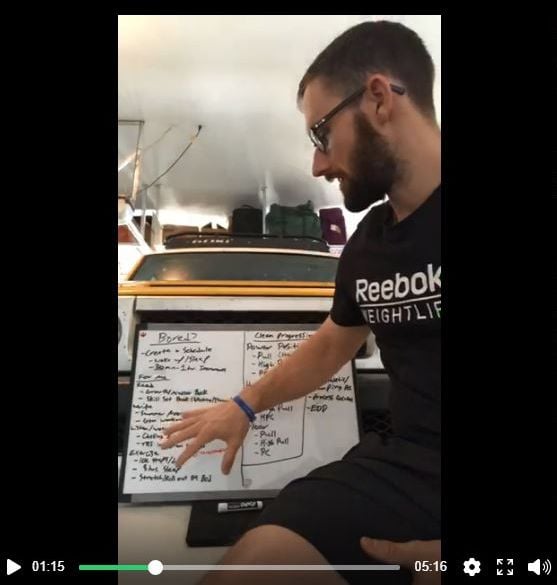 After the COVID-19 pandemic forced the cancelation of the spring sport season, the question became when will high school athletics return? Members of the Fountain Hills High School football program, however, have not let that dissuade them from preparing for the fall 2020 season, even if they have had to get a little creative.

“Moving everything to online has been an interesting challenge for my school but I’ve been encouraged to see a core group of players lead the charge,” Head Coach Jason Henslin said. “For the past eight weeks we’ve taken to the online platform by using Google Meet for video meetings and the Band App for sharing the workouts.”

Just as they normally would, the players have a regimen schedule to follow but, instead of receiving instruction in person, they receive it online.

“Each week our strength coach, Rob Ripley, shares the home workout plan for the players and does a video explaining what he wants them to do and the emphasis for each lift,” Henslin explained. “Every Tuesday evening our coaches do a video chat to review film and fine-tune our playbook, then Wednesday afternoons we have video meetings with our leadership council followed by position group meetings with the players where we watch film or go through the playbook.”

While it’s been a process moving the summer program online, Henslin believes the biggest hurdle is psychological.

“The biggest challenge was helping the boys have hope,” Henslin said. “For some of the guys it’s easy but, for a portion of my team, they are dealing with parents who have lost jobs and now they are helping out or they are having a hard time seeing how life can go back to normal after all of this.”

The players, for their part, are trying to give their all to the things in life that they can control.

“I’ve been eating a lot healthier the last few months and, since the gyms were closed and we can’t practice as a team, I have been lifting weights with one of my teammates, JT Despain,” Connor Smout said. “We go a couple times a week. Also, I do workouts at my house with dumbbells, a kettle bell, bands and whatever else I have laying around. I also try to go to a local park with some teammates to run routes or do a speed and conditioning workout to help us stay active.”

Henslin believes that things should start to get back to a sense of normal soon.

“Luckily, we’re all starting to see the light at the end of the tunnel and we should be able to resume in-person workouts on June 8,” Henslin said. “It’s strange times indeed, but we just keep telling them there is hope for the future and when we do return to playing, it is going to be easy to see who did work and who did not.”