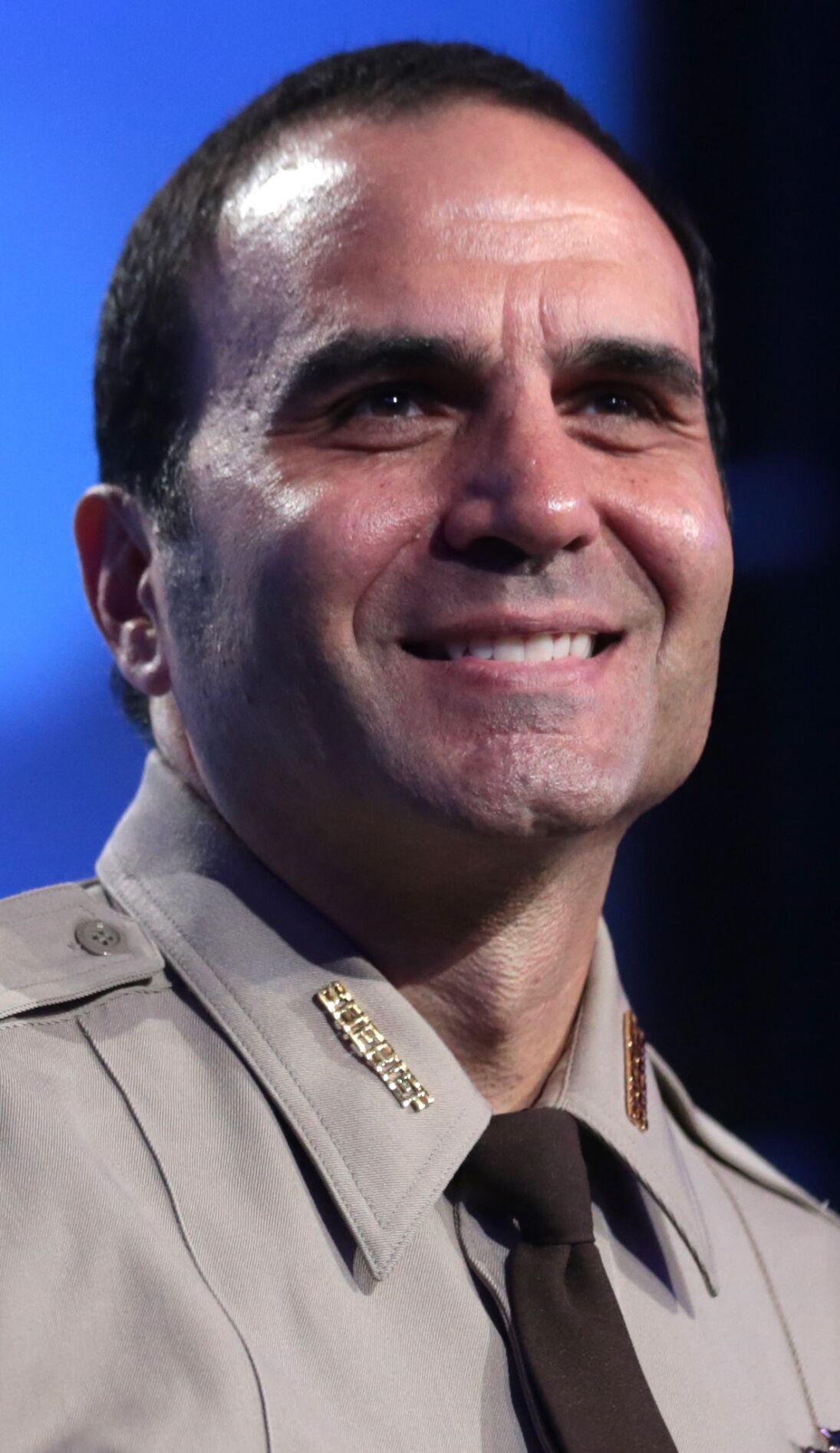 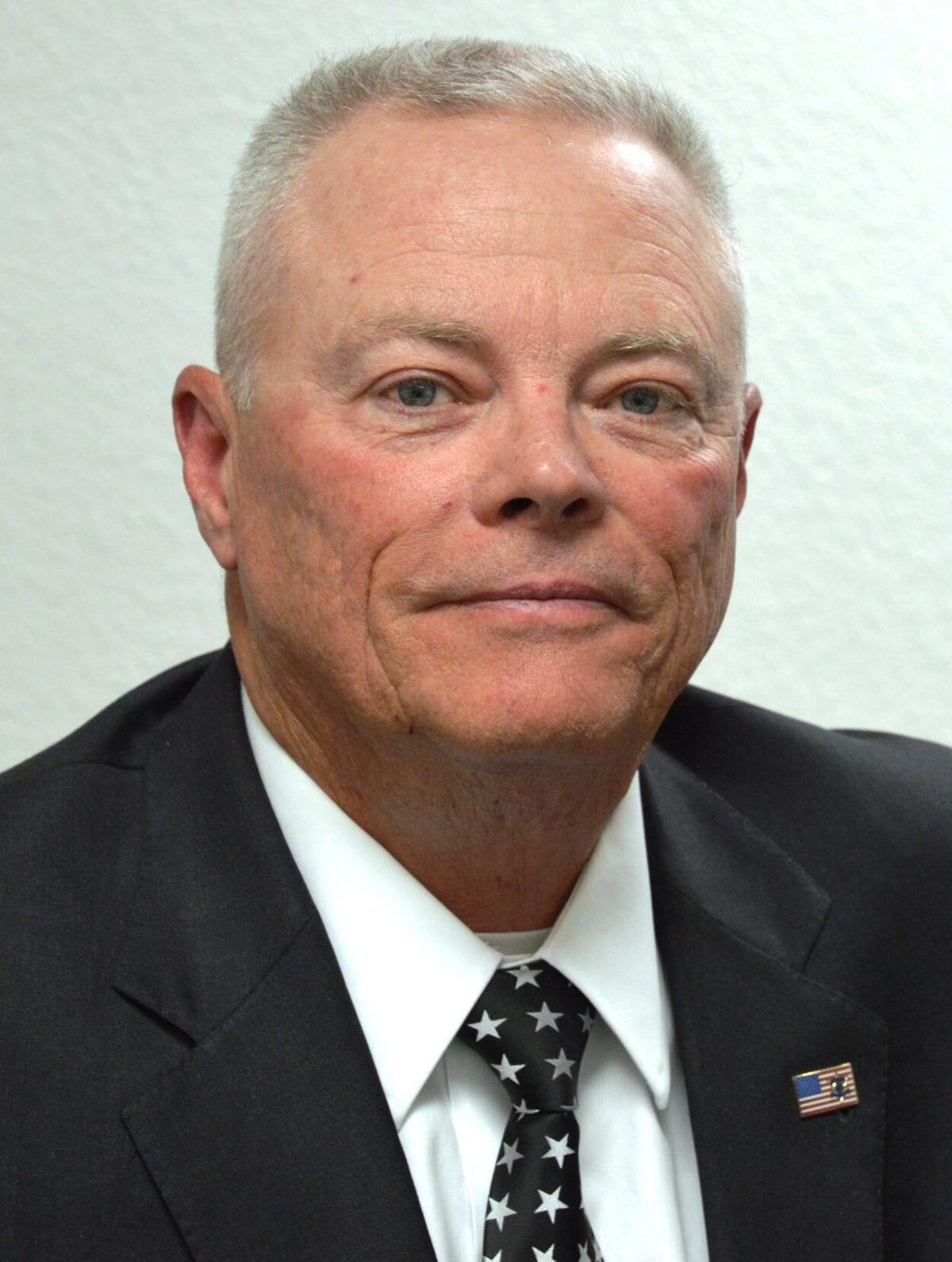 The political contest for Maricopa County Sheriff’s office has always been of particular interest to Fountain Hills residents and the race on the Nov. 3 ballot is no exception. The Sheriff’s Office has provided law enforcement service in the community since its inception.

The choice this year is between long-time Fountain Hills resident Jerry Sheridan, a Republican, and incumbent Democrat, Sheriff Paul Penzone.

Sheridan arrived in Fountain Hills in 1976 at age 18 when his parents retired to the community. Being raised the son of a New York City Police officer, Sheridan said he took an immediate interest in what was available in the field for the new community. In 1977 he signed on with the Maricopa County Sheriff’s Office as a reserve and served 40 years before leaving in 2016. Sheridan rose to the rank of Chief Deputy under former Sheriff Joe Arpaio.

He served four different sheriffs and said he learned from each of them; some things he should do, and some he shouldn’t.

“I was very happy and proud to be a member of the Sheriff’s Office,” Sheridan said.

Incumbent Sheriff Paul Penzone grew up in Trenton, N.J. and came to Arizona with his parents in the late 1970s. The family settled in the West Valley where Penzone graduated Cortez High School in Glendale. He went on to attend Glendale Community College and Northern Arizona University.

Penzone has had a 30-year career in law enforcement and public safety. He is a veteran of 21 years with the Phoenix Police Department, including seven of those dedicated to the nationally recognized Silent Witness program that focused on cold cases and locating fugitives.

Penzone is also a founder of Childhelp, a non-profit for addressing child abuse. He also operated a private security firm.

Penzone notes that the current annual budget for MCSO is nearly $400 million dollars.

“Through effective management, Sheriff Penzone created a $20 million budget surplus his first year alone, returning $9 million to Maricopa County and reinvested the rest into MCSO – hiring, purchasing much needed safety equipment for deputies and detention officers, and providing long overdue raises to those who sacrifice everything for our community,” Penzone’s campaign website states. “The Sheriff has continued to come under budget each year of his term for a total savings of nearly $40 million dollars.”

Penzone states that since coming to the office MCSO has achieved significant compliance with federal court orders aimed at adhering to the rule of law.

According to the MCSO website, that compliance has gone from below 50 percent in most categories to over 90 percent in all but one since Sheriff Penzone took office.

Sheriff Penzone states he is committed to rebuilding relationships and has engaged in robust community outreach to better understand concerns and needs as well as to educate about the MCSO and its practices.

During his tenure, the MCSO Community Outreach Division has hosted and attended hundreds of community events across the county. This year, MCSO won a national award for its partnership with the Guadalupe Boxing Gym. This partnership is targeting at-risk youth focusing on sportsmanship, fair play, and physical, mental, spiritual and emotional health.

In addition, the MCSO Pathways to Justice program engages young adults from predominantly minority and low-income areas to learn more about careers in public safety, while also building relationships and trust.

Penzone said his office has initiated several community advisory boards that provide guidance and feedback, which include the Hispanic Advisory Board, the African American Advisory Board and a LGBTQ Advisory Board.

Penzone states that when he took office, he found a backlog of thousands of unserved felony warrants from the previous administration. He created the Fugitive Apprehension Tactical Enforcement (FATE) Unit that works in partnership with the FBI to target and apprehend the most dangerous fugitives in the country. MCSO reports that, to date, the FATE Unit has made over 600 arrests of dangerous criminals.

Sheridan says he has a passion for MCSO as a place he has been affiliated with since he was 18 years old.

“I left not of my own choosing. I feel compelled to finish the job I started,” Sheridan said.

That job is addressing the court compliance issues raised during the tenure of Arpaio and Sheridan; compliance with the court orders of Judge Murry Snow.

There is a severe lack of leadership in law enforcement today, according to Sheridan. He said that is what the street cop is feeling when they see the negative reaction across the country, when they hear about defunding it affects everyone in uniform.

“Without the street cop there would be complete chaos, the problem is they are the most visible part of government and the frustrations of people are taken out on them,” Sheridan said. “It has never been this bad and they take it very personally. No one wants to shoot and kill someone; it is a very emotional thing.”

Sheridan said that when he was MCSO chief deputy in 2014 he instituted the “Blue Courage” educational program. It teaches officers about racial bias and how to be sensitive to other cultures and sexual orientation.

The Blue Courage website describes it as “A philosophy that inspires one to embody the noblest of character and unquestioned devotion.”

“It is important for (deputies) to know that leadership has their back,” Sheridan said. “The most important thing is to do the right thing when no one is watching.”

Sheridan said his hometown is close to him.

“I’ve been keeping the people of Fountain Hills safe my entire career,” he said. “Contract towns are a priority for me. The current Sheriff doesn’t understand contract policing.”

“I have the foundation to be the best sheriff I can be,” Sheridan said. “Nobody is as qualified as I am to run the Maricopa County Sheriff’s Office.”