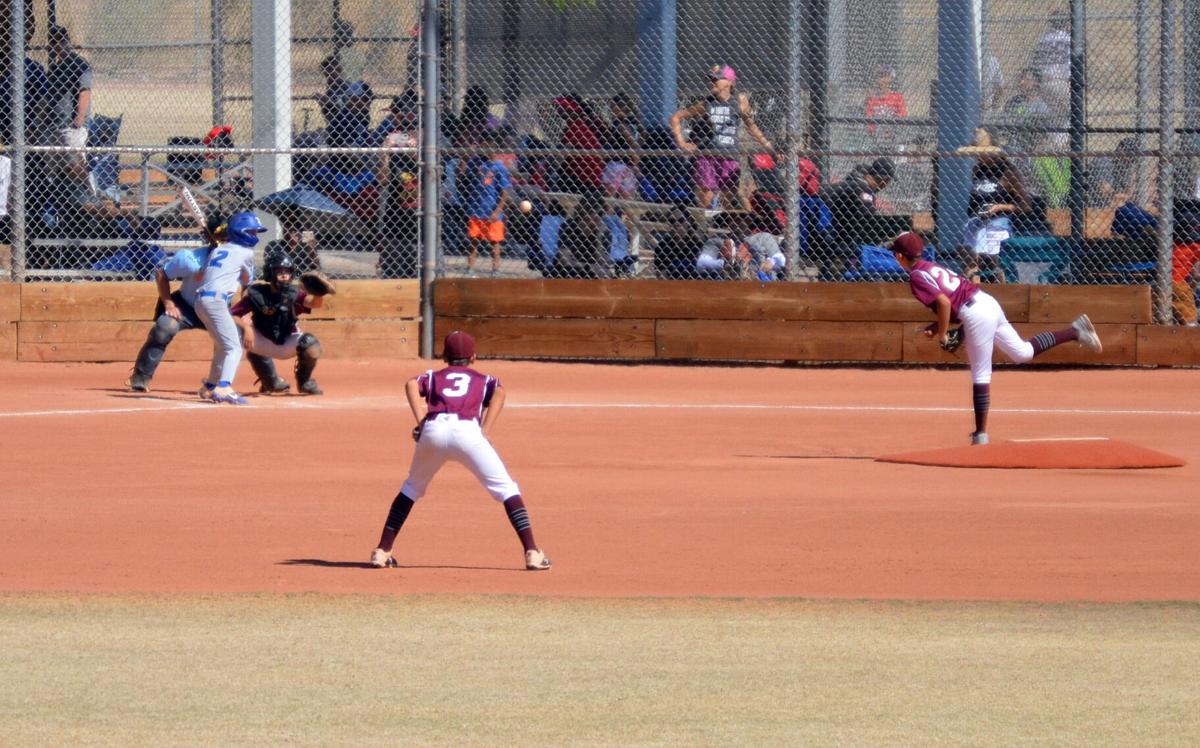 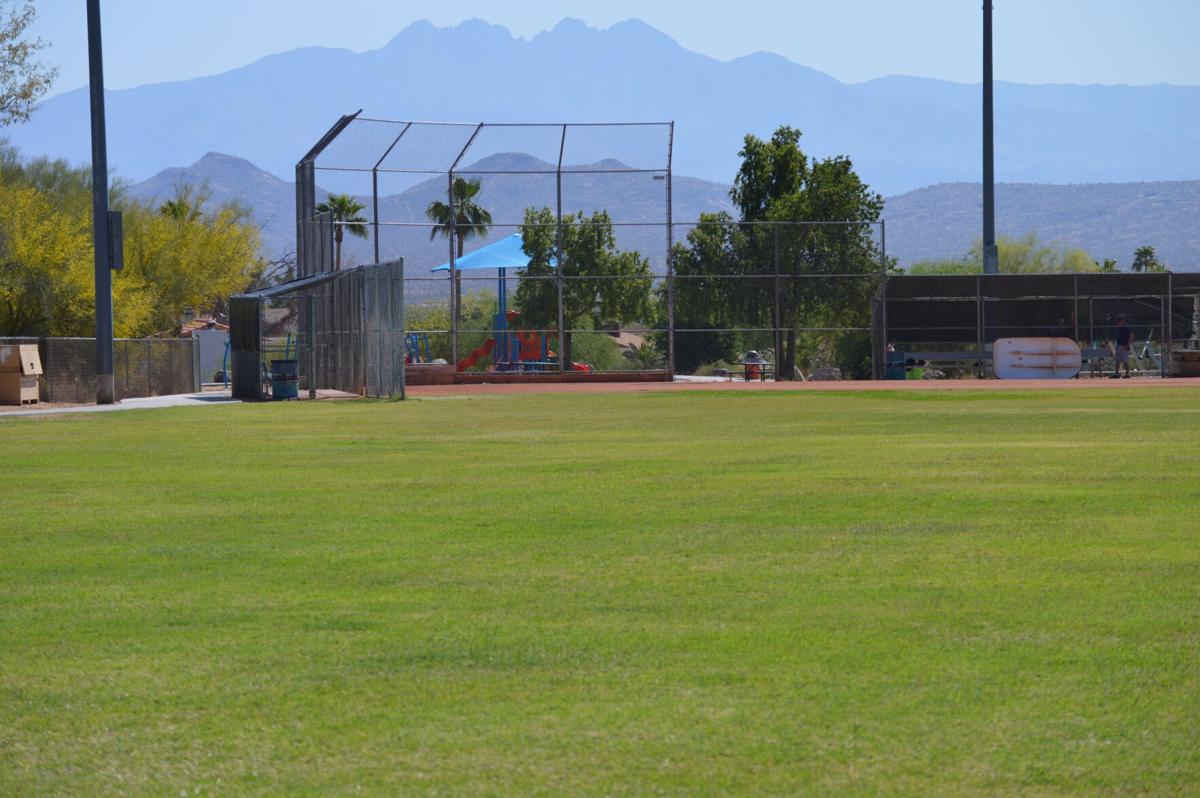 OK, maybe the “Field of Dreams” reference is a little over the top but, for some folks, the right ball field does seem to take on the same aura of mystery and wonder as the Iowa cornfield in the popular 1989 movie.

Town staff and The Times have recently received comments from some residents protesting the limited access to the ball fields at Golden Eagle Park. While it is correct that the fields are under lock and key, even in the wake of the pandemic restrictions, the use of the fields is probably as high as it has ever been. And while it is true this includes a lot of out-of-town teams, local play is also at a high level, according to staff.

Use of the Golden Eagle fields is restricted to reservation, but anyone who wants a reservation can make one by going to the town website, according to Community Services Director Rachael Goodwin. There are no limitations on who can reserve a field, or how many people have to use it – one person could make a reservation for personal batting practice.

“Fees are charged for all private users. There are resident and non- resident rates,” Goodwin said. “Local non-profit groups like FH Little League or FHUSD who have user agreements with us use fields at no charge.”

So why does the town feel the need to lock the fields and regulate access? Town Councilman Mike Scharnow recalls when the plans were first being made for Golden Eagle Park. He was chairman of the Parks and Recreation Commission at the time during the early 90s.

“I had the privilege of providing input as to how Golden Eagle Park should be designed and what amenities we needed to include,” Scharnow said. “We stressed the desperate need for more ball fields at the time.

“While I understand the sentiment of wanting to simply ‘walk on’ those fields for some catch with your kid or hitting some balls, things unfortunately aren’t so simple anymore. The town spent north of $600,000 to renovate and upgrade GEP after the disastrous flooding a few years ago. Some inconsiderate dog owners ruined it for everyone by not picking up after their pets. Vandalism has occurred.”

Things changed at Golden Eagle Park literally overnight in October 2018, when a storm left the park inundated with water covering the ball fields as high as the outfield fence. The clean-up that followed cost nearly $1 million with removal of mud, replacement of irrigation and resodding of three ball fields.

The result was a park with ball fields in pristine condition and in demand for use.

In the spring of 2019, the Community Services Advisory Commission reviewed a situation that included primarily complaints about dog owners allowing their pets to go free on the fields, which created sanitary and safety issues.

Goodwin recalls dogs actually running on the fields while there was organized play in progress.

The commission voted unanimously to recommend the fields be locked down.

Daniel Fecteau, a commission member at the time who served on a workgroup to research the issue, was swayed by what he learned.

“I felt it was important to have open access for the community,” Fecteau said. He changed his mind.

Scharnow also agrees with the decision to lock the fields and use a reservation system.

“Organized local groups such as men’s softball, senior softball and Little League still enjoy those fields,” Scharnow said. “I support staff in that decision. “Baseball is definitely not being killed in Fountain Hills. We’ve received many positive comments from other park users about the situation. They understand the ‘why.’ A handful of individuals apparently don’t like the new normal.”

There’s also the matter of additional ball fields, which are fully open to the public, a few miles down the road at Four Peaks Park.

“While no one would argue the open ballfields at Four Peaks Park are perfect,” Scharnow continued, “I feel their condition has been victimized by hyperbole and remain more than adequate for impromptu pick-up games and dads and children playing catch, hitting a few balls, etc.”

Town of Fountain Hills Parks Superintendent Kevin Snipes explains that since 2019, staff has focused on the effort to improve Four Peaks Park, and not just the ball fields. New playground equipment, a basketball court and renovated tennis courts have all added to the appeal of that facility.

The effort specific to the fields has included filling spots in the outfields, laser leveling the infields and installing new infield mix – the same product used by the Arizona Diamondbacks and other professional teams for their facilities.

The irrigation system has been upgraded, dugouts improved and new windscreens added.

Right now, the Four Peaks fields are in good shape, according to staff, with Little League using them for practice as well as a warm-up site for teams participating in tournaments at Golden Eagle.

There is no doubt that Golden Eagle Park is busy. It has become a popular location for organizations wanting to stage a tournament, and that includes state-wide Little League, Senior Softball, high school softball, and a men’s baseball league that is now using Field 1. Not all of these events generate revenue due in some cases to local participation. However, fees from the tournaments do help keep the fields in the condition that make them so popular.

“My staff takes a lot of pride in what they do,” Snipes said. “For people to put out incorrect information is very disappointing to them.”