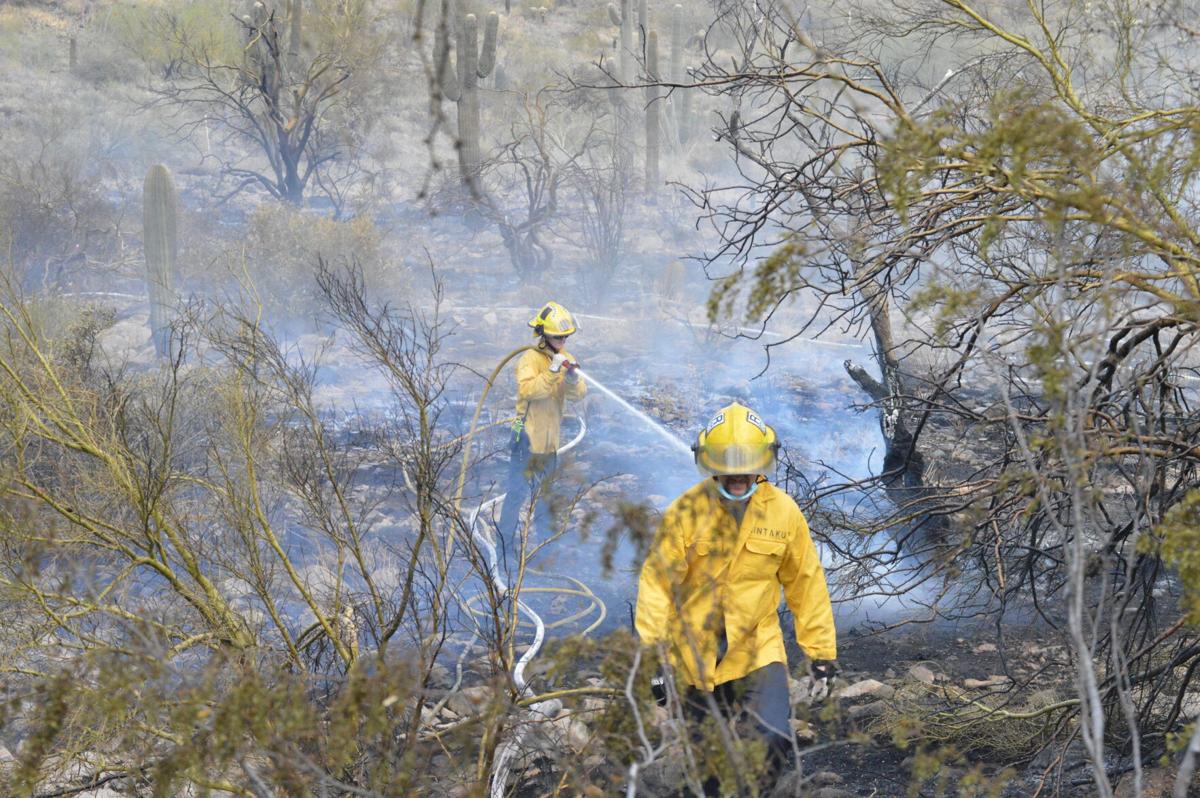 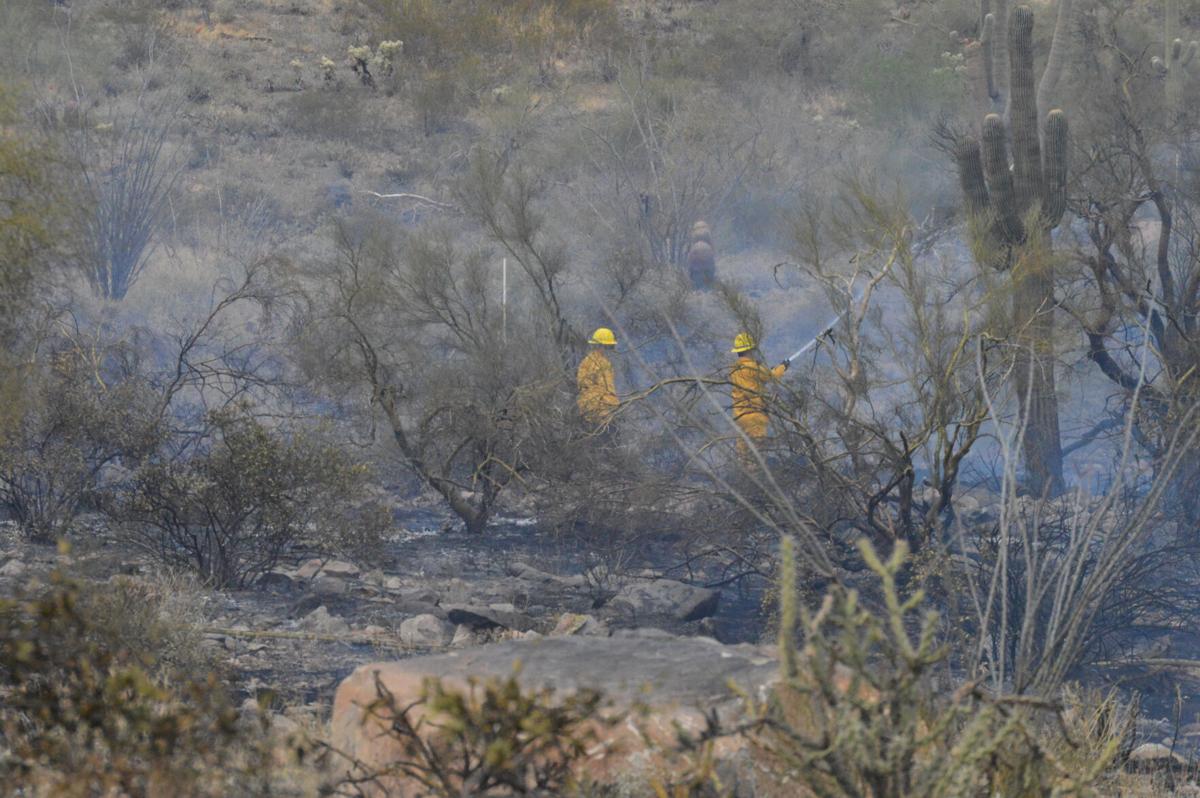 A spark escaped a construction site at the corner of Mountain Parkway and Ringtail Trail in Fountain Hills on Thursday afternoon, April 1 starting a fire that burned through about three acres of desert vegetation as Fountain Hills firefighters brought it under control.

Dennis Brown, the contractor on the construction site said his crew was cutting a piece of steel rebar to use as a stake when a spark jumped outside the worksite into dry brush.

“It was off and running that quick,” Brown said.

The fire was within the Eagles Nest subdivision in northwest Fountain Hills.

All on-duty Fountain Hills firefighters and equipment responded to the scene shortly before 1 p.m. The site where the fire began was just graded and there were no other structures in the vicinity that were exposed to the fire.

Rural/Metro Fire Department crews from the east county responded to cover Fountain Hills while the local crew was busy.