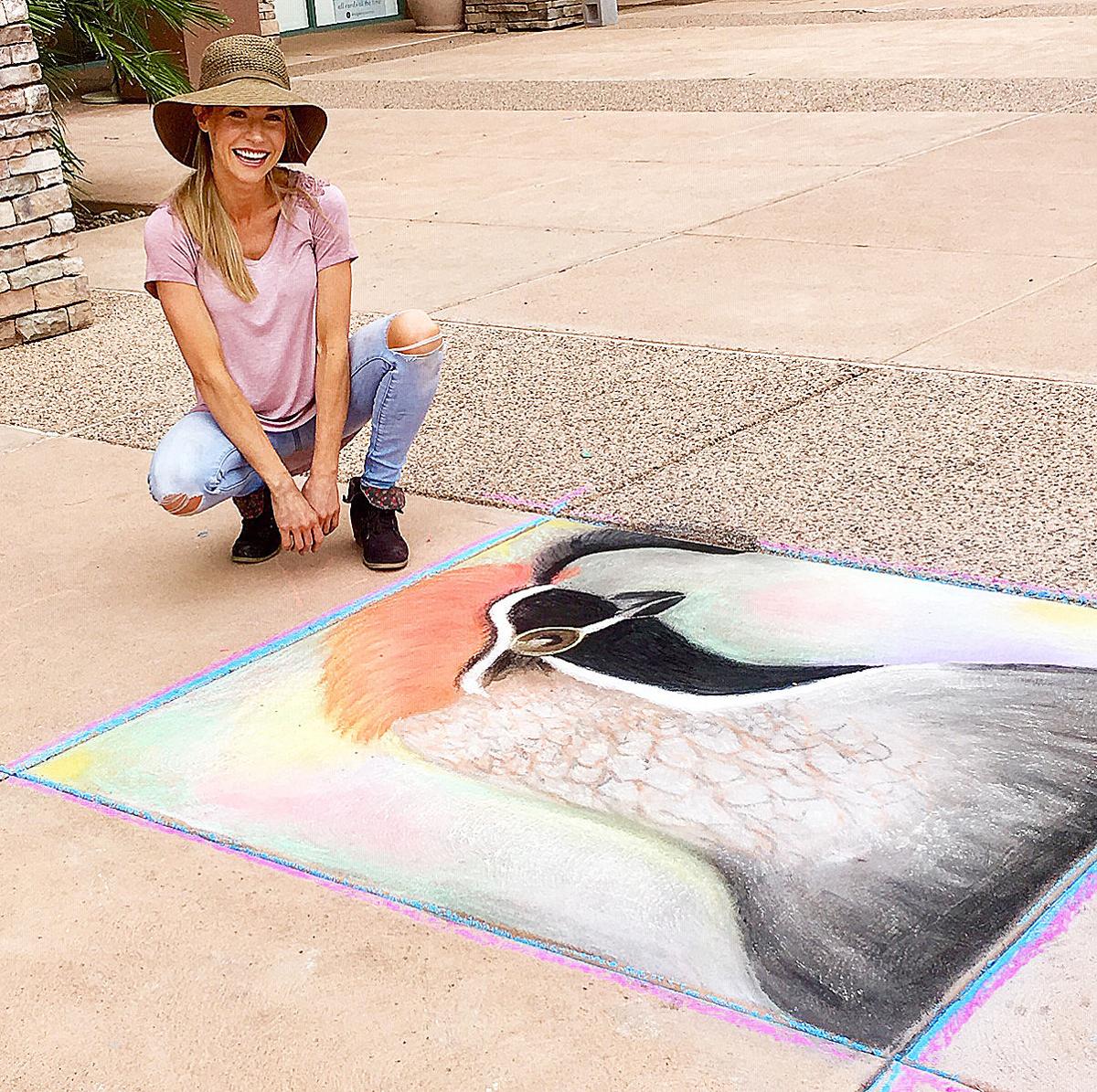 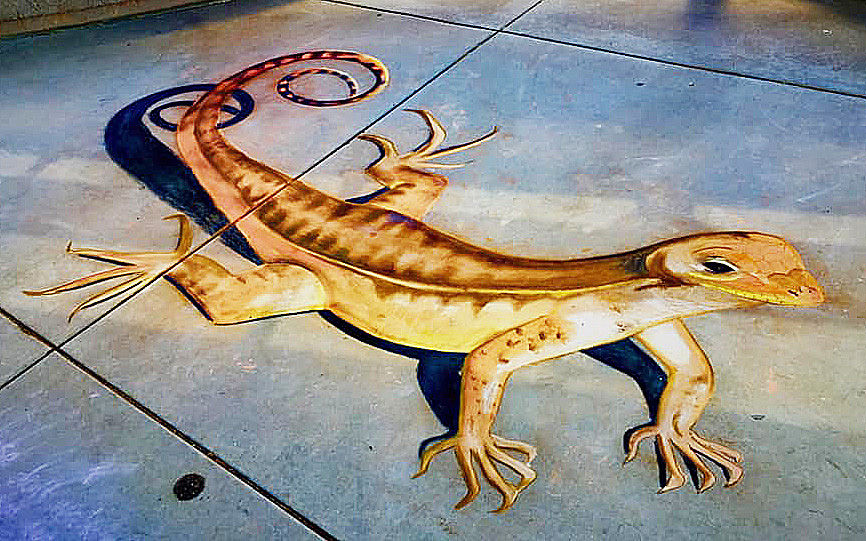 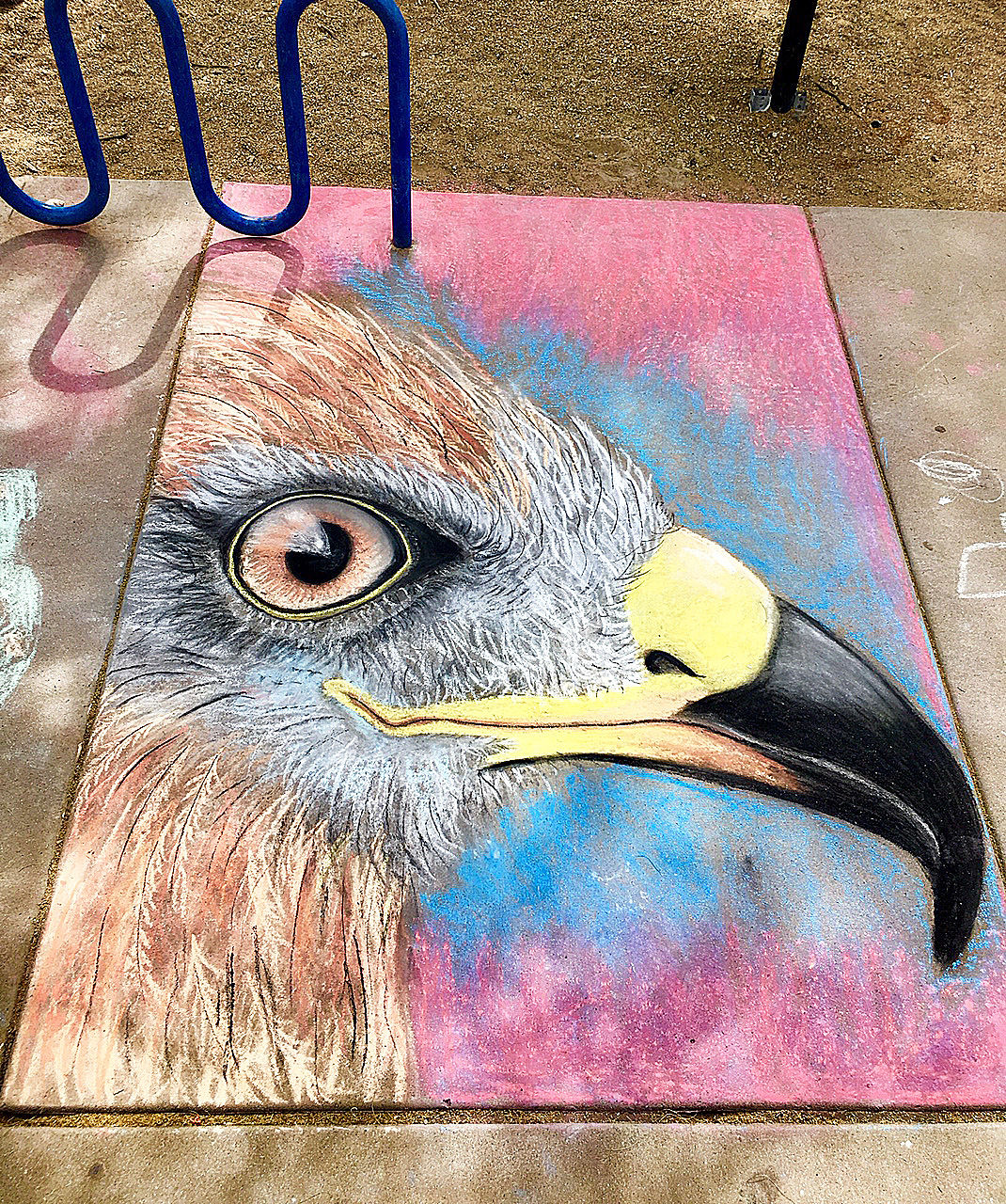 A year ago, Jennifer Graham purchased some chalk for an interactive activity with her three-year-old daughter, Ellie.

Graham’s creative juices began to flow at Golden Eagle Park and Fountain Park. She drew a lizard, birds, including quail and eagle; and Disney characters.

“I was playing around,” said Graham. She has no formal art training.

Not only did Ellie enjoy her mother’s talents, visitors to the two parks began commenting on social media about “The Chalk Lady.”

Graham and her husband, Brent, were among the original owners of McDowell Mountain Cycles at 11879 N. Saguaro Blvd.

The chalk pastel images fade within a couple of weeks if winds are brisk. Rain washes them away even faster.

Several admirers have asked her to organize a chalk festival. She has expressed interest in creating a new artistic activity.