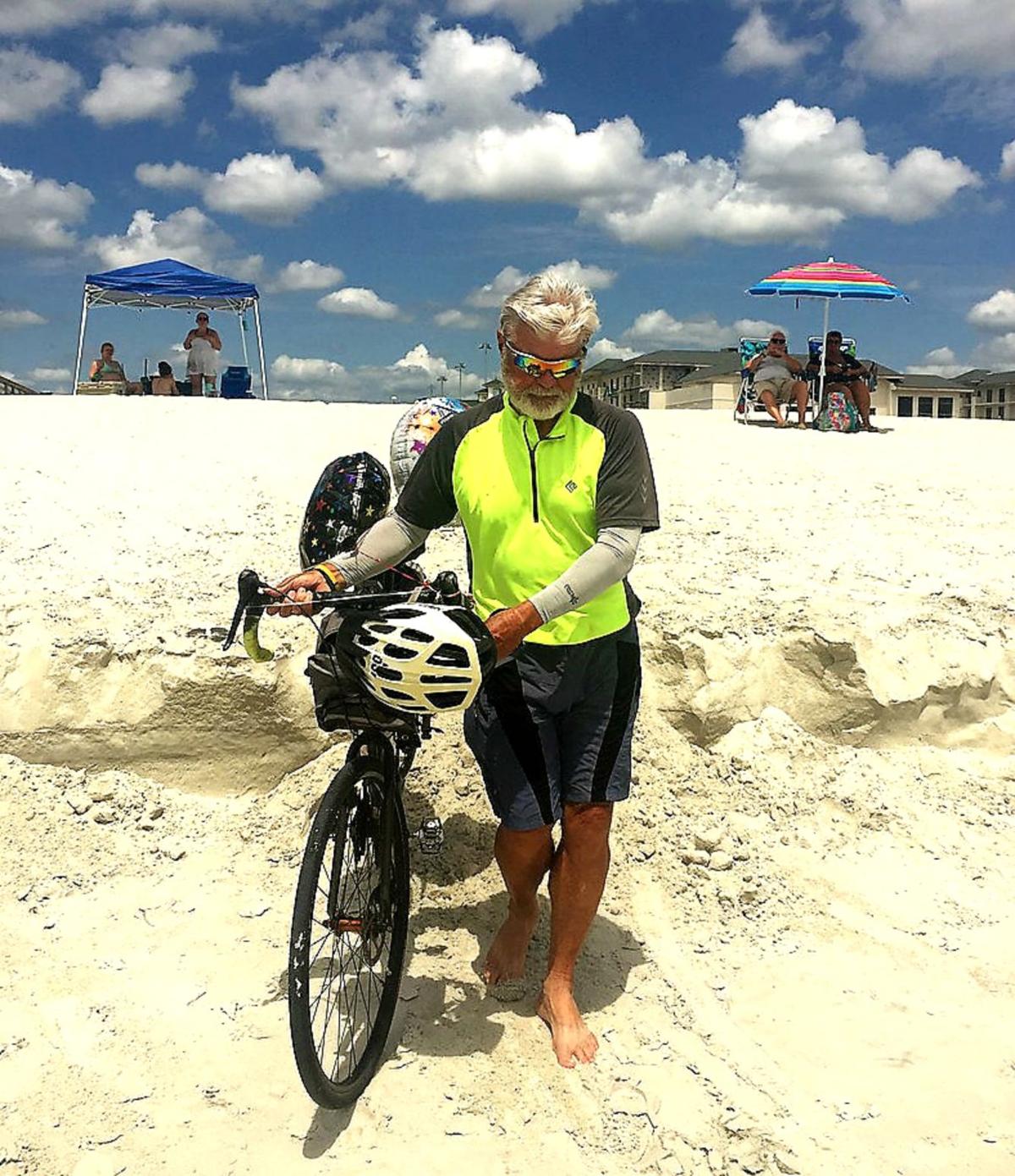 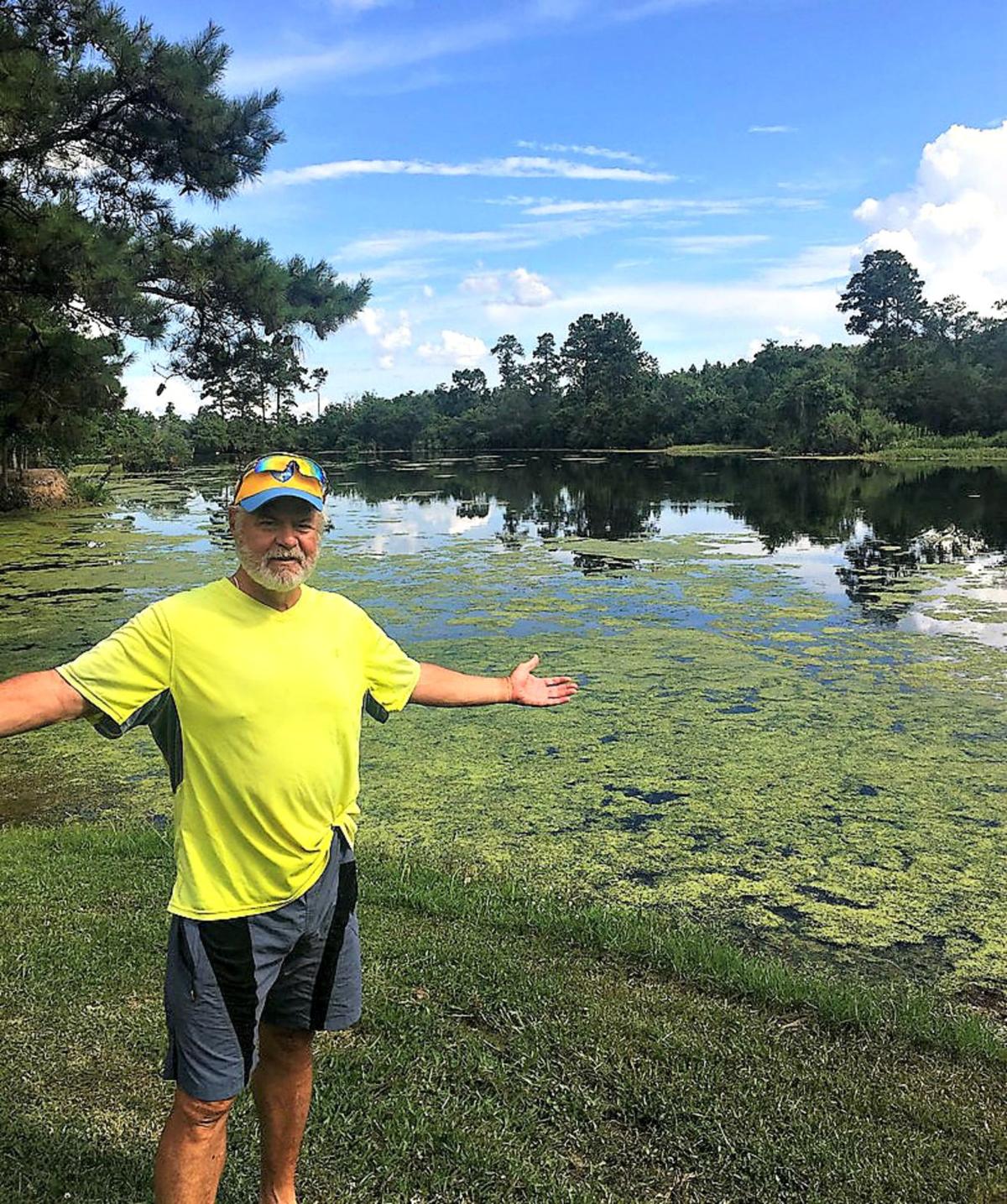 It was a long, hard ride, but one Ponce said he won’t soon forget. And if the personal gains of such a trip weren’t enough, he has the added benefit of knowing that his journey raised over $10,000 for charity.

A couple of years ago, Ponce said he decided he wanted to do “something different” for his upcoming 70th birthday. He had already made one lengthy bike trip down the California coast, so he got it in his mind that a trip across the country might be a fitting challenge. He planned his trip for the summer of 2018 and began training for the big ride.

Over those two years, Ponce said he rode his bike at least every other day, piling on the miles to prepare his body and mind for a cross-country trek. While plotting his course, he also decided to make the ride in benefit of Warriors Heart Foundation, a charity dedicated to active military, veterans and first responders coping with PTSD, addiction and the like.

Leading into the trip, Ponce said he went about 25-30 miles per ride in preparation.

“It paid off,” Ponce said. “I rode every day except for three across that eight-week period and there was never a time when I thought, maybe I can’t do this. It never occurred to me to stop, which was kind of surprising.”

Ponce said he expected to hit a wall at some point on his trip across the country, but he never came close.

“I attribute that to the preparation I did over those two years,” Ponce said. “The itinerary was for me to finish on July 1, but I actually finished four days early.”

Ponce said he had planned to take more days off during his ride, but didn’t need them.

When asked if he had any pre-trip jitters, Ponce said he simply “couldn’t wait” to get rolling.

“I left Oceanside on May 1 and I didn’t take a day off until I hit Texas,” he continued. “I was just so excited to finally be doing it.”

One of Ponce’s big advantages on this trip was the companionship of his longtime friend, Dave Rickabaugh. Rather than tow gear behind his bike, Ponce bought a “rickety old” RV and fixed it up for the trip. Rickabaugh drove the journey in the rig, meaning Ponce wouldn’t have to set up camp each night or try and find a place to grab supplies. Still, that doesn’t mean the trip wasn’t without some drama.

“[Dave] was actually run off the road at one point [in Texas], and that could have been a disaster,” Ponce said. “A truck was passing another truck and forced him off the road. He skirted a guardrail, but avoided a major catastrophe by just inches. We were very lucky.”

As for the ride itself, Ponce said there’s no disguising the truth.

“It was a tough, tough 57-day trip,” Ponce said. “It was grueling. I knew it was going to get hot, but I’m not used to humidity. Still, I averaged about 53 miles a day and never had a thought that I wouldn’t be able to finish. The weather was an issue, but I just kept plowing through.”

Ponce said he had a spot of luck with only four flat tires throughout the whole ride while he was anticipating 10.

All told, he said he was ecstatic when the ride was over and, when asked if he would do it again, he said “I really don’t know.”

“But all of the donations raised for Warriors Heart, that made the trip a huge success,” Ponce said. “The local Rotary Clubs, especially Four Peaks, those people did a tremendous job in rallying everyone they could to donate money. Of the donations, probably about $10,000 is going to come from their efforts.”

Other memorable moments included visiting the Warriors Heart headquarters during his trip and meeting up with a friend from Nebraska who was on a church trip to Texas.

“Those were highlights,” Ponce said. “But the biggest was just rolling up to the beach in Florida. That was spectacular.”

Waiting for him was a group of St. Augustine Rotarians with a bottle of champagne. After some brief celebrating, Ponce turned over the RV keys to representatives from Warriors Heart Foundation as an additional donation, took a breather, then got ready to hop on a plane and fly back to Arizona.

“It was a wonderful adventure and I’m thrilled that I did it,” Ponce said. “I might do some longer rides still, but I think my cross-country trips are over.”